CORONAVIRUS UPDATE: Federal law requires wearing a compliant face-covering in and on the airport premises. Refusing to wear a face-covering is a violation, which can result in individuals being subject to penalties under law. Thank you for your cooperation.
(225) 355-0333
9430 Jackie Cochran Dr.
Baton Rouge, LA 70811
Stay Connected 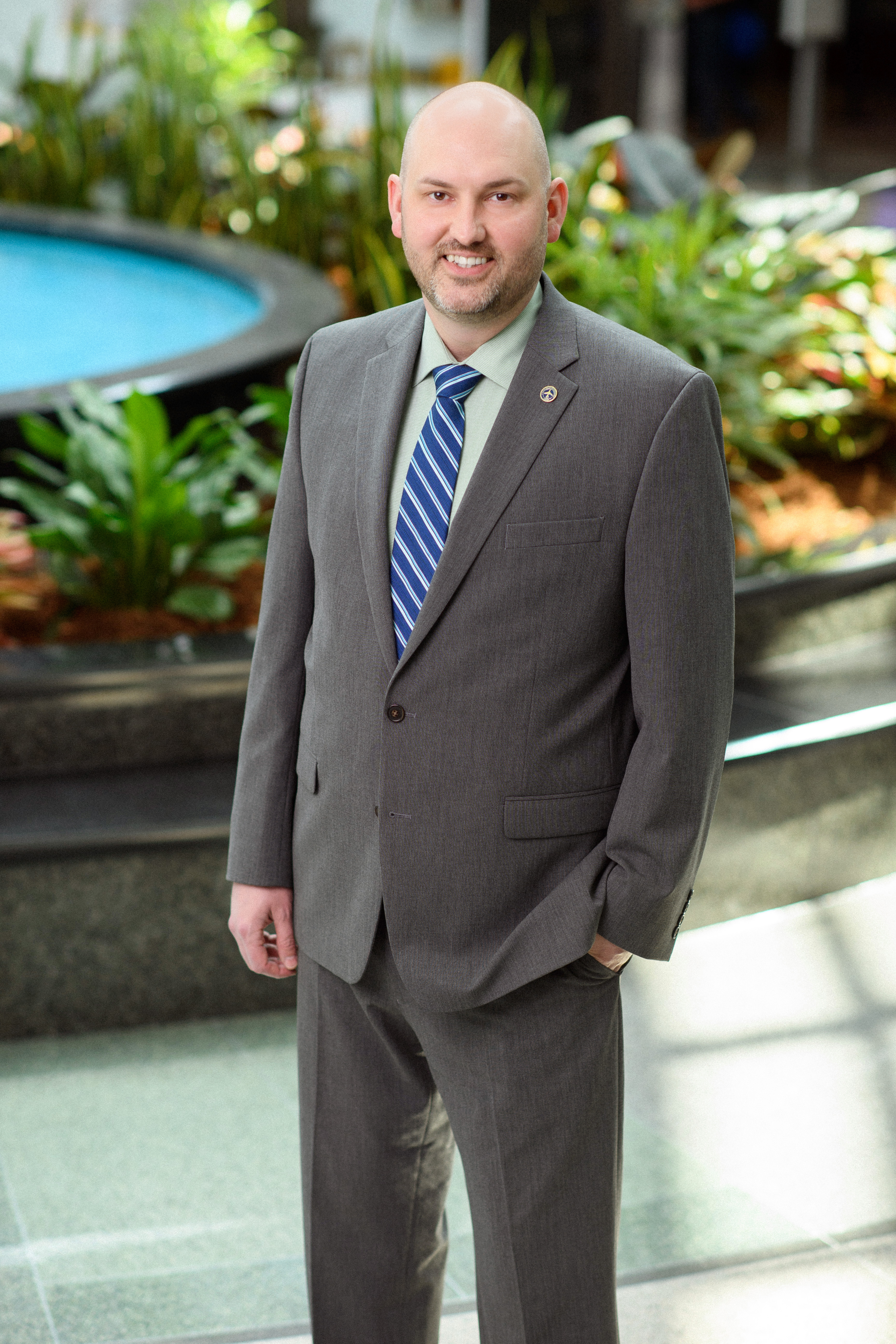 Mike Edwards was appointed the Director of Aviation for the Baton Rouge Metropolitan Airport (BTR) by the Metro Council in November 2018.

Mr. Edwards served as Interim Director of Aviation  previously, and before that he was the BTR Airport Operations Manager. He has over 10 years of airport management experience, and worked at the Louis Armstrong New Orleans International Airport before coming to BTR. Edwards holds a B.S. Degree in Criminal Justice Studies and Aviation Management from the University of North Dakota, and a Masters of Homeland Security from Tulane University.

“I am honored to be appointed the Director of Aviation for the Baton Rouge Metropolitan Airport,” said Edwards. “I am excited to lead our experienced team, from growing our Aviation Business Park to expanding our list of nonstop flights and airline seating capacity. I look forward to the challenge of further developing BTR as an engine for economic development in our community.”

Mike grew up in the New Orleans Area and graduated from Fontainebleau High School in Mandeville, LA. He and his wife Courtney have been married for five years and have two young children, Ava and Abraham.

“We thank our customers for flying BTR, and encourage those who may not consider BTR,” said Edwards. “Our new ad campaign tagline, “IT’S ABOUT TIME,” references both the value of the time saved when flying BTR and a request to always check BTR for those who may not. The average business traveler spends an additional $200 when driving to an alternate airport when time, costs of driving, and more expensive parking are considered. And the most effective way to increase air service is to keep our existing BTR flights full to show the airlines that additional service is warranted.”

About BTR
The Baton Rouge Metropolitan Airport is served by the major, network airlines – American, Delta, and United – with frequent flights to some of their largest hubs that provide access to and from destinations worldwide.
BTR is the second largest airport in the State and Upper Gulf Region by passenger volume. The Airport is administered as an Enterprise Fund, generating its own revenues for operations as opposed to receiving local tax funds. BTR is a major economic engine for the Baton Rouge area with a $1.1 billion annual economic impact supported by 4,500 jobs.